It’s a guy’s dream to have a large penis.

Not all of us are gifted with such endowment but life has gifted such unlucky men with other methods. There’s a reason it’s called “manhood” and not having much of it is such an ego killer.

Even science tells us that a small dong won’t have a pleasurable effect on sex. Why not? A large penis is like instant orgasm to a woman.

Science also tells us that there’s still a chance though. That’s why we will give you 10 Ways to Legitimately Make Your Penis Larger.

Implant for a large penis

There is one doctor who claims this procedure can be done.

Los Angeles-based surgeon Dr. James Elist might already be in the Forbes list if this were true. He might even have imparted such knowledge already by now if he’s the only one catering to a whole world worth of clients.

Dr. Elist performs this specific type of operation by using a silicone implant. This is said to increase both penile length and girth. Think of breast implants except one that’s more suitable for men.

This procedure can add at least 1.5 inches more length and 2.5 inches more girth according to Dr. Elist. To date, this heroic surgeon has already saved 1300 men from humiliation by simply inserting these implants.

You might want to save up $13,000, to get this surgery. It’s costly but the fact that these patients are taking such a huge risk, might pay off.

Just remember that there’s still the scare of infections or rupturing your implant in the worst possible place to.

Plastic surgery as an alternative procedure

Women go through extreme lengths just to look beautiful. It’s not only the fact that plastic surgeons slice open.

Some plastic surgeons specialize in improving your manhood’s chances. That includes cutting some ligaments to lengthen the penis. These come with literally painful risks though.

Expect more painful erections and scar tissue once you have this done. The scarier part is the risk of infection or loss of sensation or function.

If you are willing to pay upwards of $9,000 and gamble your whole life over just an additional half-inch then enter at your own risk.

Add some fat to that

Since we’re talking about plastic surgery, then fat is one thing that gets sucked and reinjected from place to place.

So if your penis looks like a stick, just remember that width is also size. That means transferring your own fat to the penis shaft to make it an inch wider.

Just remember that it’s still fat. Once it burns, your penis goes back to square one. This surgical procedure might be the riskiest. There’s one reported case where a 30-year-old patient died because the fat traveled into his lungs.

How about plasma instead?

This one is probably safer than injecting fat. This relatively new method of injecting platelet-rich plasma is said to stimulate blood flow which helps give the penis a bigger girth.

It’s kind of a fad for now but more research on this might make this the safest surgical alternative.

Pulling your schlong is called “jelqing.” It’s probably those age-old tales that your grandparents used to tell you like a story.

Well, Men’s Health magazine suggests that applying just a little bit of pressure on your penis with a lubed hand helps. You’ve got to pull your penis as if you are milking a cow.

Why not wear something to give you a bigger bulge instead? The only downside is it shows a lack of confidence.

But for the aesthetic, you can resolve to wear penis extenders instead. Even male models use such tricks over dangerous surgical procedures.

Well, you probably have to deal with some discomfort and scarring if you don’t have it properly fitted. Just like a cheap prosthetic leg compared to one made by an actual doctor.

Yes, even this one needs caution.

Speaking of caution, some think penis pumps are the real deal. The truth is this might be more dangerous than you think.

Imagine pumping your penis with air as if you are inflating a balloon. It’s said to inflate the penis to give it a fatter swell.

Some credit this for increased penis size but just like a balloon, these things are only temporary.

Here’s another fad: pills and creams.

Since some people credit these things for the growth of theirs, we’ll include them in the list of legitimate solutions then. There’s no sense spending thousands on a private investigator to find out the truth.

On the logical side, maybe it’s because these creams contain various vitamins, minerals, herbs, or hormones that influence sexual purposes. It’s probably why some feel such a placebo.

Of all the safest ways to deal with this, shaving your pubes is probably the top one.

Imagine a nice rock hiding behind unmowed grass. You wouldn’t appreciate how nice such rock formation is. The same goes for your penis.

You might actually have a decently-sized schlong which you aren’t noticing because it’s hiding behind your thick bush. Maybe it’s time to give shaving a try.

Of all claims that had made penises bigger, shaving your pubic region is the one that accounts to the bigger percent of it.

You might be overthinking the size of your manhood too much. Chances are, you aren’t that bad at all.

Your penis size is probably just fine as is. If a woman has sex with you more than once, chances are you probably have the biggest one among her list of sex-capades.

Other proven methods to increase erections is using supplements such as BlueChew, a chewable tablet shipped to your door. Similar to viagra without the hassle of visiting a doctor.

How to Last Longer in Bed 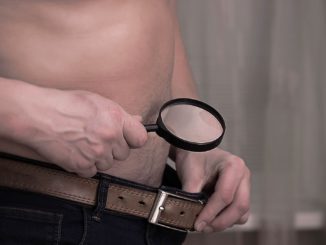 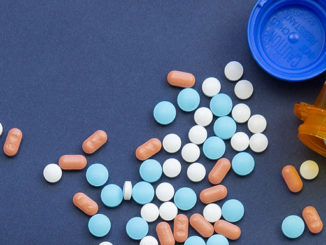 Where To Buy Ed Pills Online? 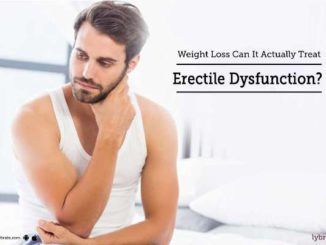 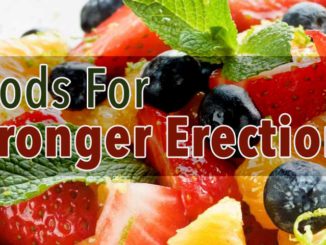